About Us – Kalpana Merchant 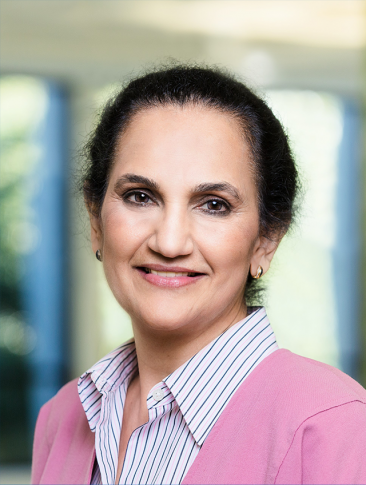 Kalpana Merchant, Ph.D., an expert in neurobiology of chronic neurodegenerative and psychiatric disorders, has nearly 25 years of experience in drug discovery and development, with a special emphasis on translational approaches. She retired from Eli Lilly in 2014 where she was the chief scientific officer for tailored therapeutics-neuroscience, where her team was accountable for personalized therapies and associated biomarkers for the neuroscience portfolio. Dr. Merchant joined Eli Lilly in 2003 after contributing to neuroscience drug discovery at Pharmacia Corp. for over 10 years. Since 2014, she has held chief executive/scientific officer roles at Chaperone Therapeutics and Vincere Biosciences. She serves as an advisor to the Michael J Fox Foundation for Parkinson’s research, several NIH working groups and a number of start-up pharmaceutical companies. She is an Adjunct Professor of Neurology at Northwestern University. Dr. Merchant received her Ph.D. in neuropharmacology from University of Utah in 1989. Following a postdoctoral fellowship at University of Washington, she remained at the institute as assistant professor of psychiatry, later transitioning to the pharmaceutical industry.